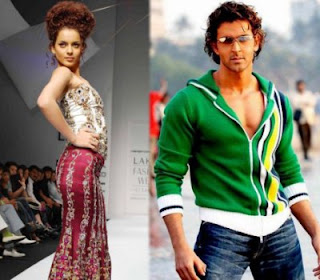 Sources claim Hrithik Roshan is taking a very active interest in the post production of his home production Kites. The film stars Hrithik along side Spanish starlet Barbara Mori and Kangana Ranaut and is directed by Anurag Basu. We all know Hrithik started as an assistant director to his filmmaker father Rakesh Roshan and he seems to be using all his experience and expertise for the film’s good.

Reveal sources, “Kites is extremely close to Hrithik’s heart and he is giving it his all he can to ensure it emerges as a great product. Hrithik therefore has been taking deep interest in every single aspect of the making of the film. Now that the shooting of the film is as good as over, the post production work of the film has begun. Hrithik nowadays can be seen at the post production studio where the work on the film is being done. But he is not forcing his views on Basu and only giving his valuable suggestions whenever he feels they are necessary. Apparently he comes at the same time that Anurag Basu comes to the studio and stays there till the very end and then goes back to Hotel JW Marriott in Juhu where he is put up with his wife n kids as his house is being refurbished".

Also it is said that Hrithik is sporting a new look for "Kites" which was seen when he launched the MacroMan Underwear. Sources revealed, “Hrithik is soon going to shoot a special song and dance number for his home production Kites. Though the shoot of the film is over, this is a special number which shall be used extensively to promote the film in India and abroad where it is also going to be released in its English version. For this song, Hrithik is keen on sporting a long hair look. He is playing a Salsa dance instructor in the film and feels this look may be apt for the dance number. But Hrithik is smartly hiding his growing locks by tying all his hair behind and not leaving it open like a typical pony tail the way Big B and SRK did when they sported the same.”
Posted by Damilola Adejonwo at 4:01 PM