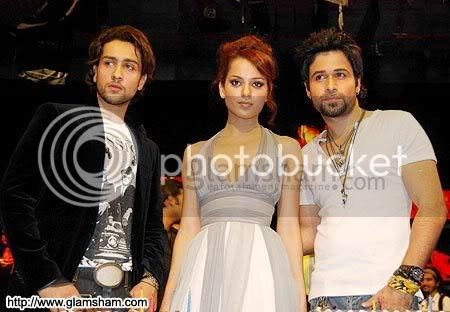 Starring Prabhas, introducing bollywood beauty Kangana Ranaut, most influential director Puri Jagannath began making a new film that moved to floors at Lahari Park on 31st March. Titled as ‘Ekniranjan’ it is a produce of Aditya Ram on AdityaRam Movies banner, as a starter to a line of films planned in combination with Puri.

The first ceremonial shot of this prodigious venture was filmed featuring Prabhas and Kangana Ranaut. Speaking on this occasion producer AdityaRam said “Puri Jagannath has incorporated fresh sequences into this story, which makes the subject very interesting and surely it will be a complete entertainer for all classes of audience. Commingling Jagannath’s unique style of direction and the admirable body language of Prabhas this will stand as a trendsetter.”

“This is an out and out commercial movie; you will have romance, action, fun, emotion and everything you name” says director Puri.

Kangana is very happy being introduced by her favourite director Jagannath, opposite Prabhas and not lease on the prestigious banner of Aditya Movies. She hopes to make it big with her first stint in Telugu.

‘Ekniranjan’ will complete production in a single schedule that continues till July.

Mani Sharma scores the music; cinematography is handled by Shyam K Naidu; MR. Varma is the editor; Art is by Chinna.
Posted by Damilola Adejonwo at 4:40 PM