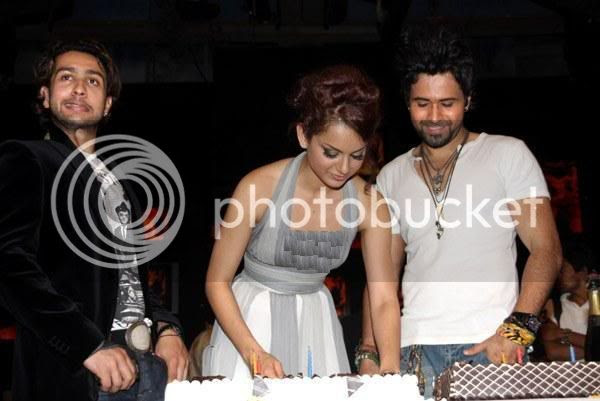 Bollywood actress Kangana Ranaut, who is playing opposite Prabhas in his upcoming film Ek Niranjan has caught red-handed with her boy friend here in the city.

Kangana and her boyfriend Adhyayan Suman is one celebrity couple that don’t believe in keeping their relationship under the wraps. According to sources, the couple was spotted getting a little too cosy in the VIP lounge in Excess on Saturday night, unperturbed by the attention their PDA was attracting.
Posted by Damilola Adejonwo at 8:22 PM