Producer Aditya Ram while speaking, “I am confident about the movie’s success because Puri had done a great job by focusing on it completely. He had also designed the characterization of Prabhas extremely well. We are planning to release ‘Ek Niranjan’ worldwide on October 29th.”

Puri Jagannath thanked Madhuyashki for gracing the audio release funtion. He said, “This is my 3rd film with Mani Sharma and 2nd film with Prabhas. Prabhas performance and the comedy track by Ali and Brahmanandam are the highlights of ‘Ek Niranjan’.”

Prabhas commented that Puri designed the film according to the taste of his fans. He also said that Mani Sharma had given some magnificent tunes to this film as he did in his earlier film ‘Billa’.

Madhuyashki commented, “The songs on screen are tempting me to watch the entire film”. 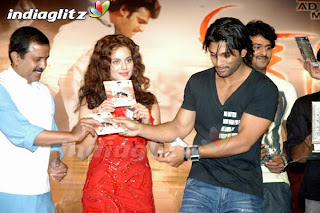 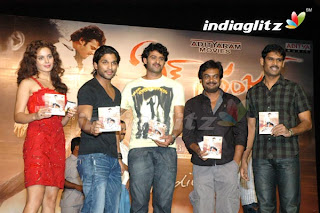 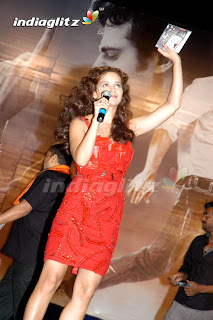 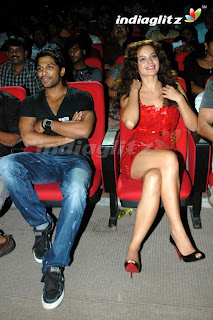 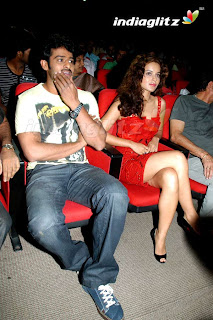 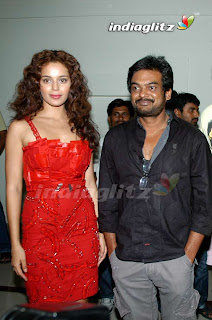 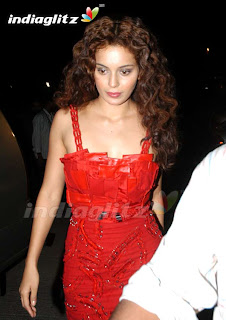 Posted by Damilola Adejonwo at 2:01 PM