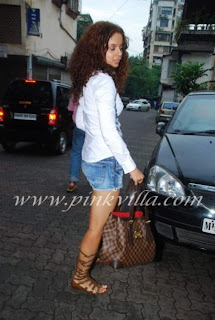 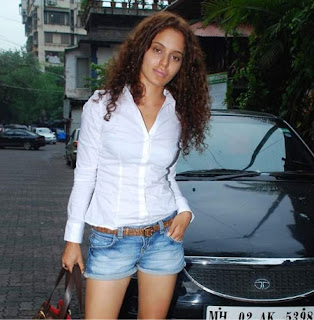 Kangana Ranaut was seen in Bandra after just arriving from Italy and when reporters went to see her, they saw that she had a swollen lip and rumors have been flying that she has ruined her face by surgery. Well, WRONG! Kangna's spokesperson however maintains, "Kangna has a shellfish allergy and she'd inadvertently had a salad that afternoon with shellfish in it which caused a reaction."

The actress' publicist adds, "She's been shooting incessantly since the past two months and it is ridiculous to think she has time for any surgery."

Now she did not get surgery, for people who are wondering. Also it doesn't look so bad, she actually looks pretty.
Posted by Damilola Adejonwo at 12:55 AM