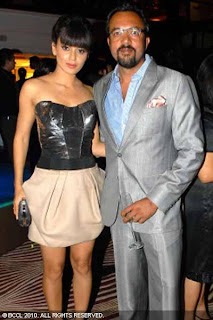 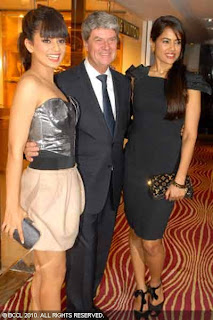 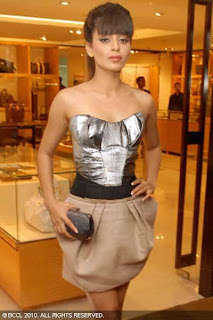 What do you get when you combine a bevy of sizzling hot B-town beauties and one of the hautest couturier in the fashion world? A super stylish party that tops the fashion scales. That was exactly the scene as Louis Vuitton unveiled its latest store at a top end hotel in Bandra. The flavour of the evening was Freida Pinto who was greeted warmly by Yves Carcelle, the brand’s chairman and CEO. Looking pretty in a knee length salmon dress from LV’s special customised archive collection, she willingly posed for photographs.

Walking in bright and early in the evening were Kangna Ranaut and Sameera Reddy. Kangna’s got her style fundas right on target as she flaunted her toned shoulders and legs and of course, the season’s hottest hair trend — the fringe. Also sporting a fringe was Genelia. Then there was Shilpa Shetty-Kundra looking radiant in a fuschia one sleeved number. The actress is slowly making a presence felt on the party circuit post her extended honeymoon. She walked in with sister Shamita Shetty. Malaika Arora Khan walked in and immediately upped the oomph factor of the party with her ‘little’ black dress. Black was the colour of choice for Lara Dutta, Dia Mirza, Preity Zinta, Deepika Padukone, Mehr Rampal and Neelam Kothari while it was blood red for Raveen Tandon.

Dino Morea chatted with friends while Abhay Deol spent a better part of the evening by himself. Arjun Rampal caught up with Sanjay Kapoor. Representing the model brigade were Diandra Soares, Nina Manuel, Nethra Raghuraman, Carol Gracias, Binal Trivedi and Bhavna Sharma. Also present were Atul Kasbekar, Chunky and Bhavna Pandey and Narendra Kumar among others.
Posted by Damilola Adejonwo at 4:12 PM