Kangana Ranaut at the Ekta Kapoor's bash for Sendhil Ramamurthy 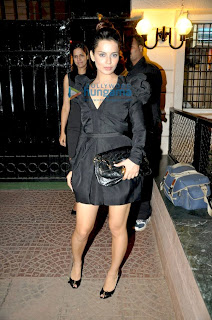 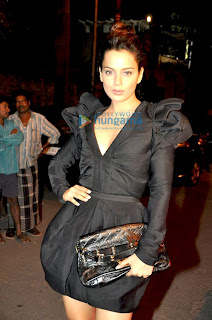 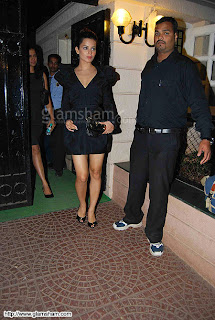 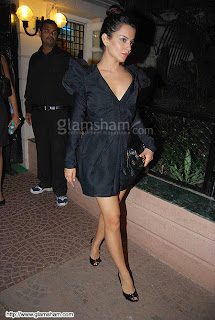 It was a cosy yet classy affair with scintillating music, sumptuous food and great conversations. Tusshar and Ekta Kapoor organised a bash to welcome Hollywood-based Indian actor Sendhil Ramamurthy who’s in town. (Psst: he’s making his Bollywood debut in their film).

Not surprising that conversations ranged from Hollywood to crossover films to song and dance in Bollywood movies. There were B-town folks, a sprinkling of telefolks and then some more — Neelam, Abhishek Kapoor, Ramesh Taurani, Arti and Kailash Surendranath, Sameer Arya and Shrishti Behl, Ken Ghosh, Shveta Salve, Anita, Rohit Roy, Chetan Hansraj, Chunky and Bhavna Pandey, Meghna Naidu, Rodney Barnes, Pooja Bedi... Nandita Mahtani dropped in for a while too (no, Dino wasn’t there!).

Upping the style quotient here were Kangna Ranaut and Celina Jaitly, the latter wearing black stockings to beat the nip in the air. A clean-shaven, suited-booted Kaizad Gustad was a complete contrast to the heavily bearded Abhay Deol. The party, as expected, rocked on late into the night!
Posted by Damilola Adejonwo at 2:05 PM

Just want to say what a great blog you got here!
I've been around for quite a lot of time, but finally decided to show my appreciation of your work!

Thumbs up, and keep it going!