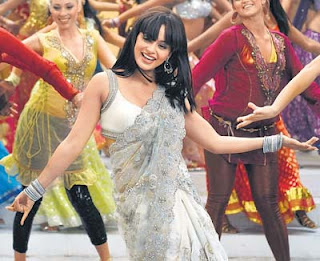 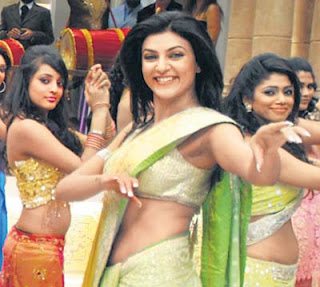 The actresses are presently shooting for a song sequence for Anees Bazmee's No Problem (it's not a sequel to No Entry!). Music composer Pritam has composed a trademark Punjabi hip track that goes Shakira Jaisi Hile Lakhni.

Sush and Kangs, who play sisters in the flick, have been matching steps to Chinni Prakash's choreography.
The two actresses will be making their moves in six yards. While Sushmita has draped herself in an Abu Jani sari worth Rs 4 lakh, Kangna settled for a Suneet Varma creation which costs Rs 3.5 lakh.

The song is being shot at the Filmistan Studios. Anil Kapoor, Sanjay Dutt, Akshaye Khanna, Paresh Rawal and Shakti Kapoor who feature in the film are also in the song that has been penned by lyricist Kumar (of Maa Ka Ladla fame).

Produced by Anil Kapoor, Rajat Rawail and Spice International, No Problem is slated to release in the third quarter of 2010.

Says Rawail, "We have been shooting for this track from Tuesday. Pritam has scored an extremely peppy song that tells them to shake like Shakira! It is a celebration song as Kangna is getting engaged to Akshaye in the film. The dance unfolds in their father Shakti Kapoor's home -- he plays the police commissioner."

After a long schedule in South Africa, Bazmee has started the Mumbai leg of the film's shoot. From next week, they will be shooting at various parts of south Mumbai.
Posted by Damilola Adejonwo at 8:49 PM