Emraan Gets 6 Packs For Once Upon A Time in Mumbai 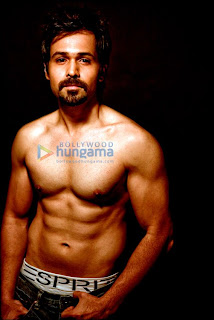 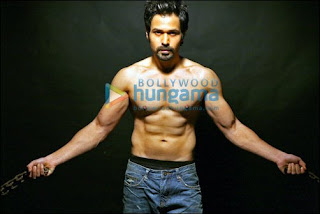 Mumbai: After Shah Rukh, Aamir and Shahid, serial-kisser Emraan Hashmi will display six-pack abs in a new film. Developing six-pack abs has become a fad in the film industry and every other actor is hitting the gym to develop it.

According to industry sources, Emraan, who plays a toughie in the film called ‘Once Upon A Time in Mumbai’, enters into a ferocious battle with an underworld don, reportedly played by Ajay Devgn.

Insiders say that to get the perfect look, the actor followed three months of rigorous exercises and strict diet regime.

The film stars two heroines – Kangana Ranaut and Prachi Desai and will be out in May or June.
Posted by Damilola Adejonwo at 5:25 PM